About a year ago, the head of a cannabis company approached genetic technology expert John Lem with a problem; why did he have an adverse reaction from pot when everyone else who had smoked the same joint  seemed fine?
So Lem set out to find whether there was a genetic explanation for the different ways people react to THC, and that's how his Toronto-based company Lobo Genetics was born.
"Looking into the science, we came to the conclusion that there is actually a genetic basis for someone's reaction to THC," said Lem. 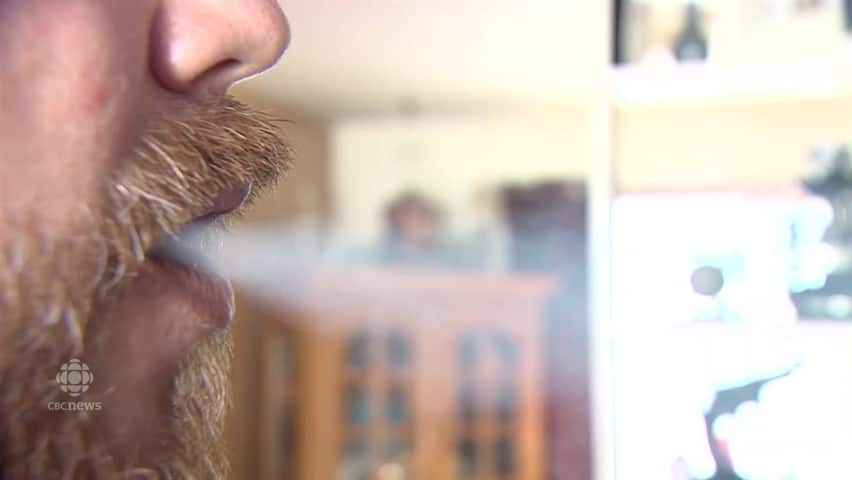 A Toronto company explains how its genetic test could determine how you react to THC.
3:11
Through a simple cheek swab, Lobo Genetics examines three genes to see how your body interacts with THC.
The genes, Lem says, reveal how you metabolize the drug, whether you're prone to memory loss, and if you have an increased risk of paranoia while you're high, or a long term risk of developing schizophrenia.
"If people understand how their body reacts to cannabis, that's a good thing," said Lem, adding that this can help consumers make informed decisions when purchasing pot.

A glimpse, experts say, not a full picture

But one doctor says not so fast.
Dr. Bernard Le Foll was part of team from the Centre for Addiction and Mental Health that developed recommendations on using cannabis. He says it's premature to say these types of genetic tests are a one-stop shop for understanding our reaction to THC.
"There has been limited research done on cannabis," Le Foll said.
Story Continues Below

"The types of studies on which [Lobo Genetics'] tests are based are done on a very small number of subjects ... I think it will require those studies to be done on larger amounts of subjects for them to be really valid."
The three genes Lobo Genetics looks at are: 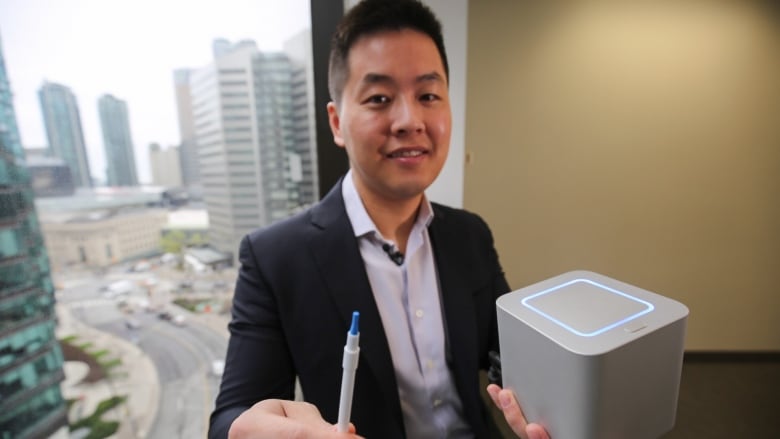 John Lem, CEO of Lobo Genetics, holds a cheek swab and the cube the company uses to test a person's DNA for three specific genes.

How the test works

The test is simple. You use the swab provided to get a sample from the inside of your cheek and send it in. A few days later, you can access your results on Lobo's website. They're broken down in three categories: metabolism, psychosis risk and memory loss. The risk is also graded from low to high. 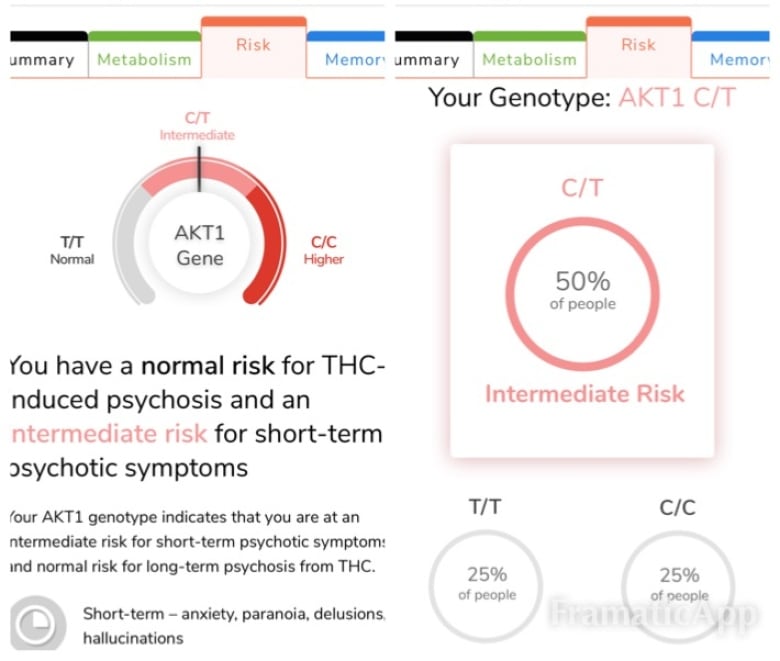 Results from a Lobo Genetics test show an increased, or intermediate risk, of short-term psychotic symptoms from THC.
(Natalie Nanowski/CBC)
"I, for instance, score high for memory loss and psychosis both short term and long term," said Lem.

Prior exposure to drugs also plays a role experts say

Looking at the genes Lobo tests, Le Foll says they are linked to how the body interacts with cannabis, but he warns there are so many other factors, including additional genes that play a role in our relationship with THC.
Eventually we'll be able to make sound predictions, but "we're not there just yet," he said.
"The type of environment, the type of previous drug exposure, the dose — that is all very important, possibly more important than genetics," said Le Foll.
But Lem says his company isn't trying to be a one-stop shop for figuring out your cannabis intake.
"As long as people have all the facts, including their genetic information, they can make their own determination on what's the best course of action," said Lem.
"We fully encourage people to speak to a genetic counsellor or a healthcare practitioner when they have their results."

Test already in some cannabis stores in Alberta

Since Colorado legalized marijuana, studies found there were more emergency room visits for psychiatric and cardiovascular symptoms. Most of these were from an overdose of edibles. Lem believes this test could act as a guideline for people when pot infused chocolate and candy hits the Canada market this fall.
"Knowing how your body is reacting can be helpful," said Lem. "If you metabolize THC slower, you might want to stick to a smaller dose."
Currently, Lobo has tests inside five Nova Cannabis stores in Alberta and is hoping to expand across the country. The kit is also available online.
Lem says the company only tests for those three genes and then destroys the swabs. The company doesn't sell the results to third parties and people can remove their profile from the database at any time.
at May 14, 2019