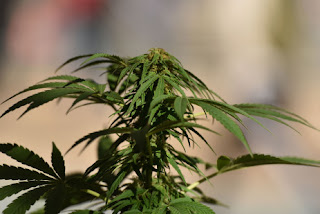 Marijuana Legalization Embraced by Presidential Candidates
Thanks in large part to DPA’s tireless efforts to end prohibition, marijuana legalization has become the new litmus test for Democratic presidential candidates.
A recent Politico article explored this remarkable evolution, musing that “the near-universal backing of cannabis legalization is a stark contrast to recent presidential campaigns.”
This shift was not inevitable—it’s the culmination of decades of advocacy that transformed the way society views marijuana.
According to a Gallup poll, 66% of Americans now support legalizing marijuana and presidential candidates are responding accordingly.
"It's not enough to just support marijuana reform. That's a given," said Queen Adesuyi, Policy Coordinator at DPA's Office of National Affairs, in the Politico piece. "We've gotten past that point. The country is in a different place. Congress is in a different place now."
In 2017, U.S. Senator Cory Booker introduced the groundbreaking Marijuana Justice Act. Since then, four of Booker's Senate colleagues and presidential hopefuls—Bernie Sanders, Kamala Harris, Elizabeth Warren and Kristen Gillibrand—have signed on to the cutting-edge bill.
Through our critical leadership, DPA has completely changed the federal conversation about marijuana.
And it couldn't come at a more crucial moment—in 2017 alone, there were 599,282 arrests for simple marijuana possession in the U.S. We'll be watching the presidential race closely in the upcoming months and will continue to pressure local, state and federal politicians to commit to ending the failed war on drugs.
at April 09, 2019