IMMUNE: Probiotics are touted as good for the gut. They may be trouble for the immune system... 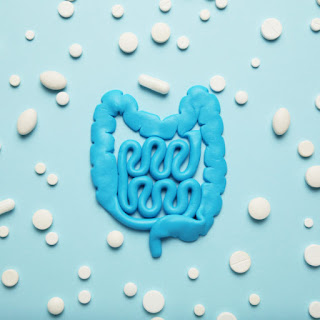 HEALTH
Probiotics are touted as good for the gut. They may be trouble for the immune system
By MEGHANA KESHAVAN @megkesh
APRIL 2, 2019Probiotics are wildly popular. After all, the microbial cocktails are available over the counter and have been shown to be helpful in the treatment of gastrointestinal illnesses for some people.
But some scientists worry probiotics aren’t as innocuous as they seem — and might be affecting the way other medicines work in the body.
The latest cautionary note comes in the form of a preliminary study released Tuesday, in which researchers found that melanoma patients were 70 percent less likely to respond to cancer immunotherapy if they were also taking probiotic supplements. The study group was small — just 46 patients — but the findings support broader suggestions that probiotics might actually upset the balance of so-called “good” bacteria in the gut and interfere with the immune response.
ADVERTISEMENT
SPONSOR CONTENT
Black bears lending a paw in kidney regeneration
Black bears hibernate for up to seven months out of every year. How do they endure long periods of minimal kidney function and damage, yet quickly recover from it each spring?
THE JACKSON LABORATORY
The research was conducted by MD Anderson Cancer Center in Houston and the Parker Institute for Cancer Immunotherapy in San Francisco.
“We wanted to bring this to the forefront of people’s minds: That probiotics sold over the counter aren’t necessary,” said Dr. Jennifer Wargo, lead author of the study and an associate professor of surgical oncology at MD Anderson. “They may not help you, and might even harm you.”
Related:
Purveyor of real world evidence wants to eliminate health care’s blindspots
The microbiome — or rather, the trillions of distinct bacteria that flourish in every single gut — is now believed to play a substantial role in regulating a person’s overall health. The demand for probiotic supplements is expanding rapidly, as consumers attempt to self-correct perceived imbalances in their guts; the global market, in 2013, was valued at $36 billion.
But because probiotics — like vitamins and other such supplements — are only loosely regulated by the Food and Drug Administration, consumers are free to sprinkle these prepackaged bacterial spores in with their standard therapeutic regimens. And that could have serious implications for their medical outcomes.
“I strongly, strongly question why the general public takes probiotics when medical evidence to this routine is not really available,” said Eran Elinav, an immunology researcher at the Weizmann Institute of Science in Israel.
Probiotic mixes vary dramatically from pill to pill. Companies aren’t even required to maintain the same combination of bacterial strains from one batch to the next, meaning what people put in their bodies could vary widely. Some of these strains may hinder the efficacy of one medicine, while others may enhance it.
There are too many unknowns to render any given probiotic totally safe, said Dr. Pieter Cohen, an associate professor of medicine at Harvard Medical School and an internist at Cambridge Health Alliance, who wrote about the issue last year in JAMA Internal Medicine.
at April 03, 2019