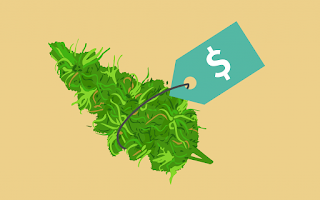 As US states have legalized cannabis over the past decade, they’ve created a patchwork of small economies. These economies are governed by divergent state laws and separated by firewalls; not a single gram can legally cross state lines. Unsurprisingly, then, markets have evolved considerable differences even as they’ve developed side by side.
A new report by cannabis data firm Headset explores the differences in price that have arisen across these state markets.

Of the four states Headset looked at, Washington had the lowest average price per cannabis product. The aptly named Evergreen State also offered the cheapest average gram in terms of concentrates, pre-rolls, and vape pens.

Colorado came in slightly lower on average price per gram of flower, but only by a hair. According to the Headset data, a gram of cannabis flower runs an average of $4.90 in Washington. That wasn’t always the case. “The first day of legal cannabis sales in Washington state saw grams of cannabis being sold for as much as $30, which is unheard of now, " the report notes.

What’s behind the precipitous drop in price? After all, Washington’s 37% cannabis excise tax is onell of the highest in the nation. “Washington has thousands of distinct cannabis brands, and a ‘tiered house’ market system that gives retailers a lot of power to push back on price,” the report says. “Colorado’s system allows for vertical integration, so even though it has seen prices come down over the years, the brand landscape is less hotly contested.”

And the Most Expensive? 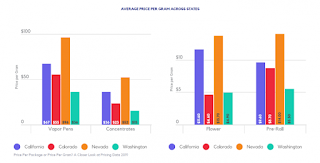 If Washington offers the lowest average cannabis price of the four states Headset analyzed, Nevada boasts the highest—by far. The state had the highest average price per gram across flower, concentrates, pre-rolls, and vape pens.
Tourism might account for some of Nevada’s premium pricing. Vape pens, which are particularly popular among out-of-towners and casual consumers, were considerably more expensive in Nevada than in any other state. The average price per gram for vape carts in Nevada was $96—nearly triple Washington’s average of $36. 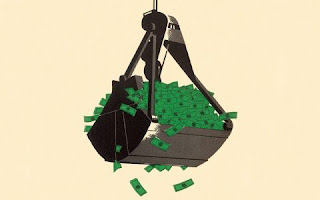 California reigns supreme when it comes to average product price, although part of that has to do with what products retailers choose to carry. The average item price is $30.90, according to the Headset report, which is more than double Washington’s average of $15.33. Some of the difference is the result of increased compliance costs that came with California’s recent transition to a regulated market. “In California, which just came online in 2018,” the report says, average item price “has actually gone up by $5, but that can’t las forever.”

Price trends in non-inhalable products—including infused beverages, edibles, capsules, tinctures, and topicals—were a bit less clear. Headset evaluated price per milligram of THC in these products and found that “price trends don’t mirror the state trends shown in inhalables.” Variance in prices from state to state was also more limited.
Nevada, for example, is still on the expensive side in terms of beverages, edibles, capsules, and topicals—but it had the lowest average price when it came to tinctures. And despite California’s high average item price, the Golden State has the lowest-priced edibles of any state Headset looked at.
Top 10 Most/Least Expensive Global Cities 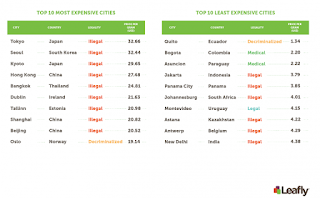