Introduction
There is a substantial growth in the use of medical cannabis in recent years and with the aging of the population, medical cannabis is increasingly used by the elderly. We aimed to assess the characteristics of elderly people using medical cannabis and to evaluate the safety and efficacy of the treatment
1 in 5 reduce OPIATE use due to cannabis being substituted or supplemented.
Methods
A prospective study that included all patients above 65 years of age who received medical cannabis from January 2015 to October 2017 in a specialized medical cannabis clinic and were willing to answer the initial questionnaire. Outcomes were pain intensity, quality of life and adverse events at six months.
Results
During the study period, 2736 patients above 65 years of age began cannabis treatment and answered the initial questionnaire. The mean age was 74.5 ± 7.5 years. The most common indications for cannabis treatment were pain (66.6%) and cancer (60.8%). After six months of treatment, 93.7% of the respondents reported improvement in their condition and the reported pain level was reduced from a median of 8 on a scale of 0–10 to a median of 4. Most common adverse events were: dizziness (9.7%) and dry mouth (7.1%). After six months, 18.1% stopped using opioid analgesics or reduced their dose.
Conclusion
Our study finds that the therapeutic use of cannabis is safe and efficacious in the elderly population. Cannabis use may decrease the use of other prescription medicines, including opioids. Gathering more evidence-based data, including data from double-blind randomized-controlled trials, in this special population is imperative.
Highlights
•
The most common indications for cannabis in the elderly were pain and cancer.
•
At six months of cannabis treatment, 93.7% reported improvement in their condition.
•
At six months of treatment, the number of reported falls was significantly reduced.
•
Medical cannabis decreased the use of prescription medicines, including opioids.

Epidemiological characteristics, safety and efficacy of medical cannabis in the elderly 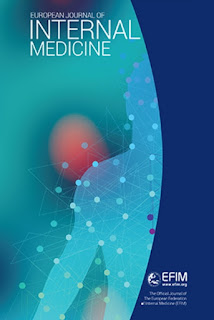