Is Hemp the Answer to Sustainable Cannabis Packaging?

Is Hemp the Answer to Sustainable Cannabis Packaging? 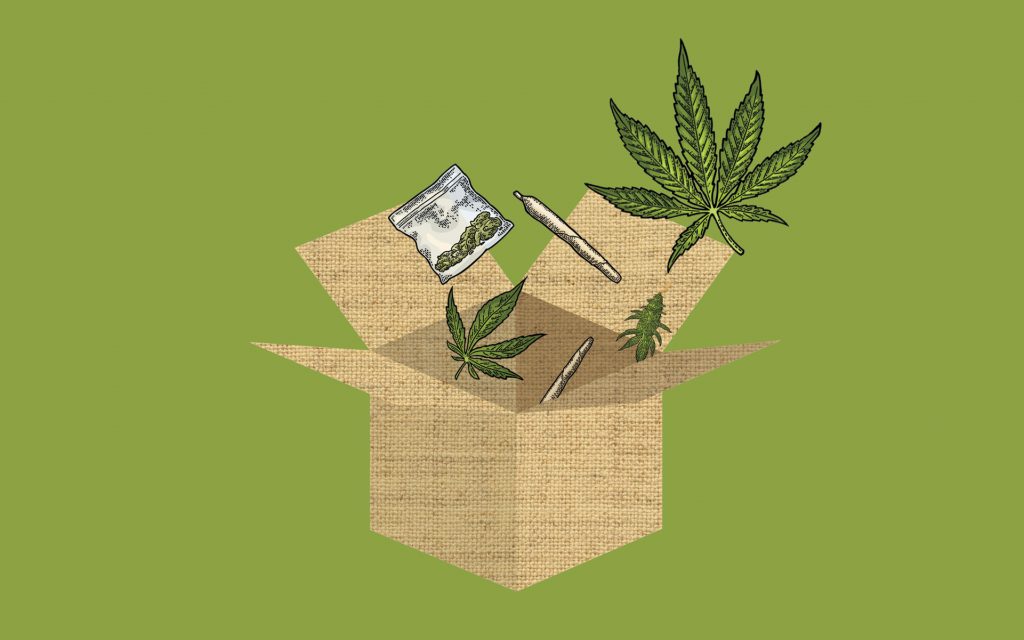 (DenPotisev, rusm, candy/iStock)
The young cannabis industry faces a lot of challenges, one of which is how to maintain sustainability in a massively growing market. As an industry based on the production and sale of a plant, it makes sense that sustainability should be a main focus of it—cannabis comes from the ground, so shouldn’t the industry look to minimize its impact on the earth and environment?
It might seem small, but one of the biggest ways the industry produces waste and causes damage to the environment is through the plastic packaging that cannabis products are contained in. All those little baggies and doob tubes add up. Although some companies aim to specifically recycle cannabis packaging, a lot of it ends up as landfill.
RELATED STORY
How Can Cannabis Retailers Implement Sustainable Practices?
So how do you change an entire industry to make it more sustainable for the planet?
Enter hemp: The plant that’s also derived from Cannabis sativa, but with so little THC that you can’t get high off it. You can make a polymer out of it, and hemp-based plastic just may prove to be superior to traditional petroleum-based plastic.

Package Your Cannabis With Cannabis

Plastic is cheap and easy to make and the go-to material used to package cannabis and get it into a consumer’s hands. Everything from prerolls, concentrates, flower, vape cartridges, and edibles come in plastic packaging.
Part of the reason why there’s so much plastic packaging in the cannabis industry has to do with strict rules and regulations that states mandate in order to have a legal market in the first place. Most have laws saying that packaging has to be childproof and resealable, and after you buy it, it may have to go into another (potentially plastic) bag before you leave the dispensary. All just to get cannabis out of the dispensary door.
Once legal, hemp was outlawed in the US along with cannabis in the Marihuana Tax Act of 1937. With the passing of the Farm Bill late last year, legal restrictions on hemp have opened up, enticing farmers both small and large to start growing it, and the use of hemp bioplastics has increased in the past several years. Hemp is biodegradable, renewable, strong, and less detrimental to the environment than petroleum-based plastic.
RELATED STORY
US Farm Bill, Which Would Legalize Hemp, Heads to Trump’s Desk
It’s still unknown how long petroleum-based plastic can take to break down, but it’s estimated to take hundreds or even thousands of years, whereas hemp bioplastics can take as little as 6 months to break down.

Do Consumers Care About Sustainable Packaging?

Not much research has been done on whether or not cannabis consumers care about sustainability or if they are willing to pay more for it.
But Kevin Tubbs, Chief Business Development Officer of The Hemp Plastic Company, says there’s no doubt about consumers wanting hemp plastic. He can’t keep up with demands: “To be quite frank, we have had so many initiated product inquiries and new clients since we announced that we haven’t spent a cent on marketing.”
RELATED STORY
Sustainable Cannabis Packaging: How It’s Made and Why It Matters
His company is expanding at a rapid rate by commercializing the hemp plastic polymer, to make it widely available. His company currently produces 50 million lbs. of hemp plastic annually—a drop in the bucket compared to total global plastic production of more than 300 million tons. But it all adds up and over time it can take over and make a big impact.
According to Tubbs, it’s just a matter of keeping the supply up with the demand. “It’s embraced; it’s just a matter of getting through the new molds and getting all the new products out,” he says. “The bottleneck will be in hemp. We’re urging those farmers to get some seeds in the ground.”

Despite it seeming like a natural choice for the cannabis industry, hemp currently is not commonly used. As can be expected, the biggest reason it hasn’t been adopted on a widespread basis is because it’s more expensive to produce.
But some companies are already leading the charge with hemp. Sana Packaging creates packaging solely for the cannabis industry using hemp products. Because hemp is a new material that companies and consumers aren’t used to, part of Sana’s plan is to educate people on the plant, how it’s sourced, and how great of an alternative to petroleum-based plastic it is.
RELATED STORY
7 Eco-Friendly Cannabis Brands Helping Us Get High Sustainably
Sana co-founder and CEO Ron Basak-Smith says that the industry needs to rethink the whole question.
“We’re really differentiating between what plant-based packaging is and what petroleum- and plant-based biocomposites are. What we’re trying to do is move away from a broken system of using finite resources to create products to really change it,” says Basak-Smith.
And although hemp plastics are more expensive, making them cheaper is difficult because it would affect the whole supply chain.
“What is sustainable? What really is incorporated in the cost of something? People always separate environmental issues and social issues, and we try to see those very much together,” says Basak-Smith. “Everything is interconnected and what we really need to accomplish is a new framework … That’s just not easy and it’s not going to happen overnight.”

One of the most difficult parts of using hemp plastic is securing the supply chain. Because there are so few farmers growing hemp, there just isn’t a lot of it around, and it’s hard to rely on a consistent source in which to create plastic.
But the passing of the Farm Bill late last year really changed the game for hemp farmers. And despite some legal murkiness, hemp is becoming more widely accepted as an amazing cash crop. The Hemp Plastic Company and Sana both have seen everything from commercial growers to mom-and-pop operations starting to grow hemp, either primarily or as a secondary crop on a pre-existing farm.
RELATED STORY
Hemp Is Finally Legal. Let’s See if It Can Save the World
But a big question still remains: Can lawmakers set sustainability regulations in place before the industry gets too big?
“Legislators are trying to figure out what hemp regulation in Colorado looks like especially now that it’s federally legal,” says Ron Basak-Smith of Sana. “It comes down to each state’s economic incentive … Some states see it, some don’t see it, some states are investing in it, some states aren’t investing in it. I think Colorado definitely sees a bit of value to it.”
He continues: “Consumers are very attracted, it’s just a matter of being able to message to them and actually put it in their hands, and then obviously consumers are one thing, but the stores are really the ones making the final decision.”