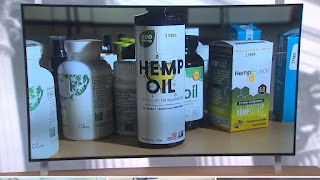 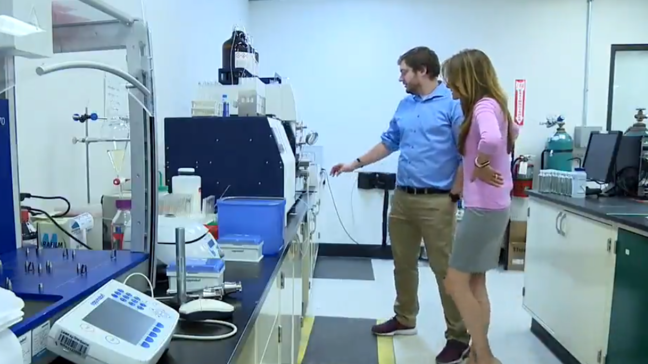 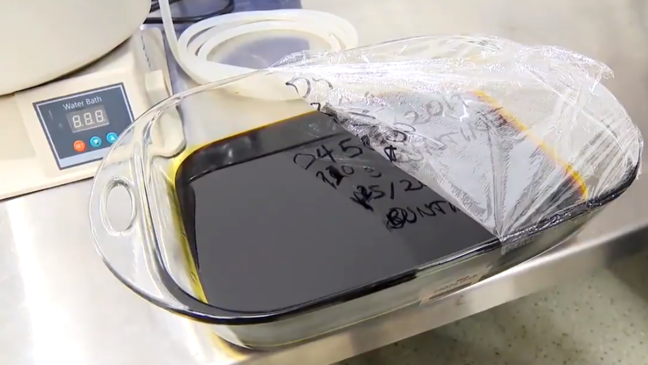 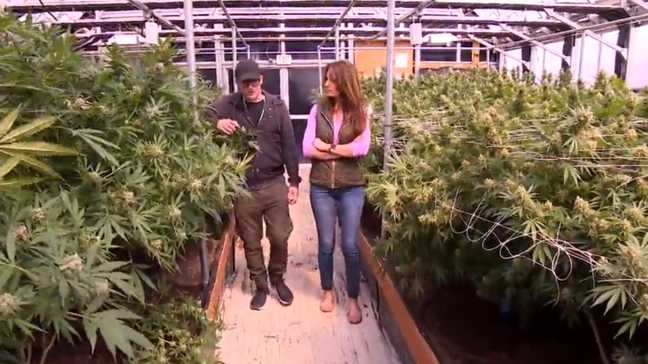 Grower, Jason Cranford (Photo: WJLA)
WASHINGTON (ABC7/ WJLA)The cannabis derivative, CBD, is popping-up everywhere - in lip balm, body cream and even as a shot in your morning espresso.
But not all CBD is created equal.
The ABC7 Iteam was given exclusive access to the largest set of test results and analysis on CBD products to date. And those tests reveal not only potential dangers, but patently false claims plaguing the industry.
"Bad players are really messing the industry up for everyone, including good players," said Jason Cranford as we walked through his 30,000 square foot indoor cannabis grow operation in the Colorado Rockies.
"If it's not USDA Organic certified, and it's not full panel lab tested, you have no way of knowing what you're getting," said Cranford, who's been producing CBD long before it was en vogue.
"We grow the plants, we do the extractions and then we do the infusing and the bottling from seed to sell," said Cranford, whose farm is USDA regulated and certified organic.
He tests and tracks every batch made and knows exactly what's in his products.
But most consumers, he says, don't know what's in theirs.
"Overseas they use hemp to do cover crops. They use it to purposely suck-out the pesticides and heavy metals on soil there so they can plant food crops next," said Cranford. "These crops are being imported into the US and people are making CBD out of it. The really scary part is when you have these contaminants in your plant material, and you make this oil, you're concentrating it."
About 70-percent of US hemp is from China.
The cannabis derivative is believed to have medical benefits. At high doses, it's under clinical investigation to control epilepsy and at low doses believed useful for a host of issues including pain, inflammation and insomnia.
And with the CBD frenzy just beginning, concerns are mounting over the lack of regulation in an industry expected to hit $22-billion a year by 2022.
"You have an industry that has a rampant quality control issue," Dr. Sean Callan said.
Callan lead the team at Ellipse Analytics that tested top-selling CBD products for contaminants and truth in labeling.
"Comparing this to other supplements that we've tested, we found really high levels of pesticides, really high levels of heavy metals," said Callan.
The lab tested the top-selling 240 products for 300 contaminants and for truth in labeling: was the amount of CBD claimed actually in the product?
After thousands of tests, 70-percent of products were found "highly contaminated" with heavy metals like lead and arsenic, herbicides like glyphosate (the active ingredient in RoundUp) and a host of other contaminants including pesticides, BPA and toxic mold.
One product - by Ananda Hemp - contained levels of lead so high, it exceeded by 100-times what the EPA would consider actionable for drinking water.
And as it turns out, what was on the bottle was sometimes as troubling as what was in it.
Because hemp-derived CBD is an unregulated industry, makers are not required to test for CBD content.
"They have to test for the THC content because there's a federal law," said Callan, "but there's no rule that says you have to actually test your CBD content."
More than half the products tested had labels that inaccurately reflected the concentration of CBD in the product.
"There were several that claimed to have CBD on the label where we found no CBD whatsoever," said Callan, "all the way up to, on the other end of the spectrum, there are products that have five, six times as much CBD in them as they say they do."
Creating a "buyer beware" marketplace that has national pro-cannabis organizations also pro-regulation.
"It's incredibly difficult for consumers to navigate these unregulated products," said Jenn Michelle Pedini, who's the Virginia Executive Director for the National Organization for the Reform of Marijuana Laws, or NORML.
"Study after study is showing these products very rarely contain what would be a therapeutic level of cannabidiol or even the amount of CBD that's indicated on the label," said Pedini.
Virginia Commonwealth University, the Journal of the American Medical Association, and other medical journals have published studies that reflect similar outcomes to the hundreds of tests done by Ellipse Analytics, citing contamination, false labeling and false claims.
VCU even discovered the compound 5F-ADB, known to be in street drugs like K2 and Spice -- making purchases confusing and potentially dangerous for consumers.
And for producers like Cranford, putting the reputation of a young industry in peril. 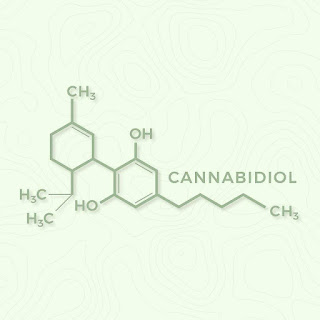