Dave Dormer, Web Producer
@dave_dormer
Published Wednesday, May 22, 2019 1:18PM MDT
Last Updated Wednesday, May 22, 2019 5:41PM MDT
The federal government is earmarking nearly $25 million toward cannabis research projects across the country.
Bill Blair, the minister responsible for the Cannabis Act, made the announcement in Calgary on Wednesday.
“These projects will seek to further generate the knowledge needed to develop evidenced-based policies and regulations around cannabis use,” he said.
Part of the money will be used to fund three research projects at the University of Calgary.
One Calgary study will look at cannabinoid hyperemesis syndrome, which sees regular, long-term users develop a sudden intolerance to the drug, another will look to develop cannabis education and harm-reduction messaging for youth, and the third will look at using cannabis as a way of treating migraines.
“I want to make it very clear, it is not the government of Canada’s intention to promote the use of this drug, but for adults who choose to use it, we think it’s absolutely critical that they have the ability to make safer and healthier choices,” said Blair.
“It’s not a one-size-fits all substance. Quite frankly different people have different reactions to it, so it’s really important that be informed by scientific research and evidence."
The announcement was followed by a round-table discussion which Blair took part in with youth.
“For many years all we could tell our kids was ‘just say no,’ now we can start telling our kids, 'think,'” he said.
“Just think about the science, the evidence, the impact on your life. The potential harms and risks for your decisions. And those choices need to come from sources they trust.”
Part of the money will also be used to educate youth about safe consumption practises. 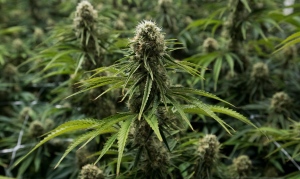 Three Calgary research projects received federal funding as part of a $25 million announcement.
at May 30, 2019