NCCIH supports studies into non-conventional medicines and therapies that can be used as an alternative or supplement to traditional treatments for a variety of conditions, but the president’s Fiscal Year 2020 budgetwould cut its funding by about $20 million, the agency said in the new overview. 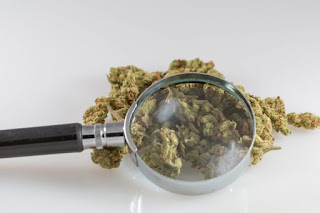 “The FY 2020 President’s Budget reflects the Administration’s fiscal policy goals for the Federal Government,” it wrote. “Within that framework, NCCIH will pursue its highest research priorities through strategic investments and careful stewardship of appropriated funds.”
Cannabis research apparently meets that standard as a high research priority, though, with the agency saying it will be announcing a funding opportunity for scientists interested in exploring medical marijuana as a natural product in the treatment of pain.
“NCCIH plans to expand efforts around natural products for pain management,” the agency wrote. “Natural products have historically been a source of novel pain-relieving compounds developed into pharmaceuticals (e.g., willow bark into aspirin).”
The funding opportunity it plans to announce will “support research on the diverse components of cannabis to explore if the pain-relieving properties can be separated from the psychoactive properties and to further characterize those components that may reduce pain.”
This is by no means the first time NCCIH has expressed interest in marijuana. It has previously posted notices for several funding opportunities for cannabis research, including a call for studies on the effects of “minor cannabinioids and terpenes” on pain. NCCIH also hosted a workshop last year that was specifically designed to address barriers to marijuana research under federal prohibition.
Dr. Emmeline Edwards, the director of the division of extramural research for NCCIH, explained in a presentation at the workshop that marijuana’s Schedule I status under federal law significantly complicates research efforts, and she also complained about the lack of diversity in the types of cannabis available to researchers from the country’s only federally authorized source.
This latest budget justification reflect’s the agency’s commitment to hone the therapeutic value of cannabinoids to address pain—a condition for which 40 percent of NCCIH’s research funding is dedicated.
A separate federal health agency is also pitching in. Earlier this week, the Agency for Healthcare Research and Quality published three notices soliciting public input on studies and information about marijuana as a potential alternative or supplement to opioid painkillers.
Marijuana Moment is made possible with support from readers. If you rely on our cannabis advocacy journalism to stay informed, please consider a monthly Patreon pledge.
at March 22, 2019