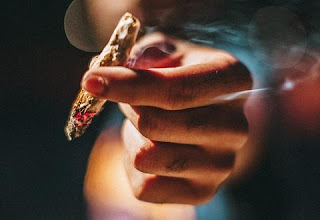 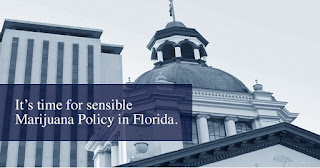 TALLAHASSEE, Fla. — The Florida Senate passed a repeal of the state's medical marijuana smoking ban March 7, 2019, rather than face the prospects of seeing patients get access to smokable flower with no regulations at all.
The 34-4 vote came after nearly two hours of discussion. Some senators said they don't approve of letting patients smoke marijuana, but voted for the bill anyway because letting courts decide the issue would be worse.
“I don't like the position that we're in today,” said Republican state Sen. Kelli Stargel. “Now we're in a situation where if we do nothing, the situation's worse.”
Florida voters approved medical marijuana through Amendment 2 in 2016, but lawmakers banned smokable forms of the plant in a bill signed by then-Gov. Rick Scott in 2017. The state was sued over the issue and a judge declared the ban unconstitutional. Scott, now a Republican U.S. senator, appealed the ruling. Scott's successor, Republican Gov. Ron DeSantis, said in late January 2019 that the current law doesn't represent the will of the voters and that he would drop the appeal if lawmakers didn't repeal the ban by mid-March 2019.
Stargel and other senators were concerned that if the court decision is allowed to stand, patients would have instant access to smokable marijuana with no rules attached to it.
The Senate bill places several conditions on smokable medical marijuana. It would not be available to anyone younger than 18 unless the patient is terminally ill and if two doctors, one of which has to be a pediatrician, says marijuana is the most effective form of treatment. It could not be smoked in public or at private businesses subject to the state's tobacco smoking ban.
Private property owners would have the right to prohibit it. The bill would limit supply to 4 ounces, or 113 grams, in a 35-day period and requires research into the effectiveness of medical marijuana.
Republican state Sen. Jeff Brandes sponsored the bill and said after the vote the ban never should have been enacted in the first place. In 2017, he tried and failed to amend the bill to allow smokable medical marijuana.
“Obviously it wasn't constitutional, at least that's what the judges found,” he said. “We should have put smokable in the original legislation that passed in 2017.”
We should have put smokable in the original legislation that passed in 2017.CLICK TO TWEET
The House will vote on its version of the bill by mid-March, and there are notable differences in the bills. The House bill wouldn't allow smokable medical marijuana for children under any circumstances, and the bill would require marijuana to come in the form of pre-rolls. The Senate bill requires that treatment centers have pre-rolls available, but doesn't mandate them as the only form available.
Brandes predicted, however, that the House will amend its bill to match the Senate language so that it could immediately go to DeSantis instead of returning to the Senate. The law would take effect once DeSantis signs the bill.
“I think this is the final product. I hope it is. We've worked really hard to make sure that we don't have to bring this one back,” Brandes said.
—  Brendan Farrington
AP   ∙ March 9, 2019 Updated 2 days ago